Michael Colbach is an expert personal injury attorney when it comes to pedestrians hit by cars while walking or crossing streets in or not in a crosswalk.

If you've been injured as a pedestrian, contact Mike for a free no obligation consultation as soon as you are able because you need to know what insurance coverage is in place to help you cover your medical expenses and lost wages.

Pedestrians hit by car drivers have help from unlikely places.

If you are a pedestrian and hit by a car, your own Oregon auto insurance policy will provide you personal injury protection coverage.

If you don't have Oregon auto insurance, nor healthcare insurance, than the at-fault driver's auto insurance policy Oregon personal injury protection (PIP) should provide you coverage. 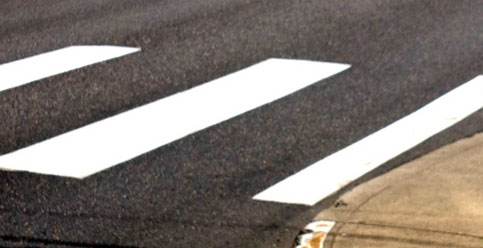 You will have to bring your accident evidence to a qualified attorney to help you with the specifics of your accident.

Michael Colbach and his team represented me after I was struck by a car while crossing on a crosswalk. -->More

Sometimes a bicycle rider will get harassed for riding in a crosswalk as a cause of their bicycle verses car accident. Oregon law considers cyclists to be pedestrians if they are crossing in a crosswalk. However you are not supposed to be riding at a faster velocity than a normal pedestrian would be walking in that crosswalk. It can also be confusing if you are in a designated bike lane at an intersection, and you may be bicycling just next to the crosswalk where the bike lane would seem to continue (whether painted or not). Many bicycle accidents happen in intersections with a car turning right through the bike lane and hitting the cyclist, or while the cyclist is going straight through an intersection. Left turning drivers often also hit bicycle riders going through an intersection with the right of way. Don't let the insurance company double talk you about crosswalks or intersection bike lanes, call me as soon as you are able. In a few minutes over the phone I can usually give you an estimate of what your claim is worth so you don't get ripped off by the insurance company.

After years of improving road safety for all users, pedestrian deaths have been going up since 2009 with 2020 data being the worst it has been in decades. The numbers of pedestrians injured by vehicles has also been going up.

Visibility from larger vehicles and popular SUV's is considered as a factor in the rise of pedestrian fatalities and injuries because these types of vehicles have become so popular on our roads. These are normal passenger vehicles, we have long been aware semi-trucks and dump trucks have cab visibility problems.

According to recent research by the Insurance Institute for Highway Safety, "SUVs, other large vehicles often hit pedestrians while turning."

In a similar but more limited study conducted in North Carolina, researchers also found that intersections and turning was not the only pedestrian type of accident where size of the vehicle and visibility might be a contributing factor to the increasing pedestrian injuries and fatalities:

Away from intersections, pickups were 80 percent and SUVs were 61 percent more likely than cars to hit a pedestrian walking or running along the road.

The below image illustrates this danger to pedestrians. The shaded region around the truck cab and driver illustrates the zone that the driver doesn't have good visibility because of the design of the big truck cab. Even though the pedestrian is on the sidewalk and about to cross the intersection at a corner, and implied crosswalk, the pedestrian is in increased danger because of the size of this vehicle in a normal environment.

This image shows the truck driver's line of site from the big truck cab, showing how only the top of the head is visible because the truck cab itself is impeding the drivers ability to see.

This image shows the same truck and motorcycle but from truck driver's line of site from the big truck cab, showing how only the top of the head is visible. This is the same position as the pedestrian in the first position. Regular pick up trucks can be huge not just dump trucks or semi-trucks, even common popular SUV's can be huge such that even small cars can be obscured depending on the vehicle design.

"The proportion of SUVs in the U.S. fleet has grown dramatically, so it's discouraging that they still seem to be more deadly to pedestrians than cars are," says IIHS Statistician Sam Monfort, lead author of the study.

"Roadway fatalities and the fatality rate declined consistently for 30 years, but progress has stalled over the last decade and went in the wrong direction in 2020. The rate of fatalities per 100 million vehicle miles traveled has not substantially improved over the last 10 years, and increased significantly in 2020."

38,680 people died on America's roads in 2020 and fatalities increased 9% among motorcyclists 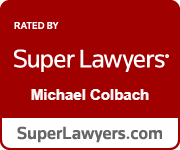